The Long Liam village along the Baram River in Borneo, Malaysia 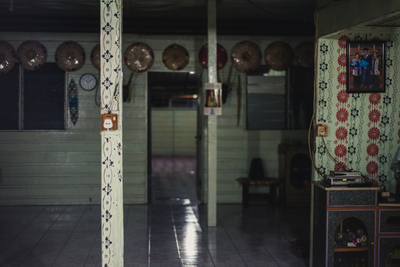 The village was one that would have been flooded due to the proposed construction of the Baram mega-dam project. The dam was cancelled in mid 2016 by Chief Minister Tan Sri Adenan Satem. With the death of Adenan Satem, in early 2017 Sarawak's indigenous community hopes the new Chief Minister Datuk Amar Abang Johari Openg will not re-instate the dam's construction. About 20,000 people in 30 villages would have lost their homes or lands to the flooding, if the dam was to be built.