A blockaded access road against the Baram Dam in Borneo, Malaysia. 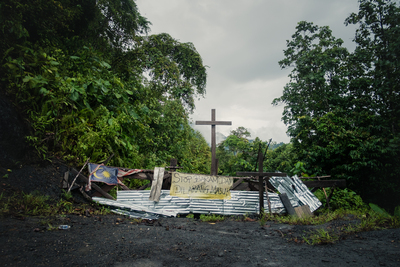 Local residents conduct a meeting at 'Kilometre 15' - a protest site and blockade against the Baram Dam in Borneo, Malaysia.