An elderly woman weaves a traditional hat in the Long Naah'a village along the Baram River in Borneo, Malaysia 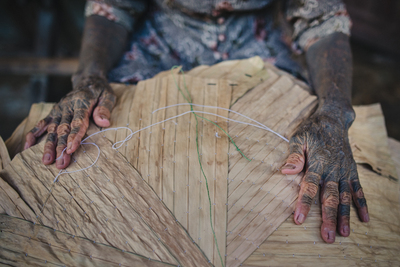