Along the road from Miri to the interior of Borneo, Malaysia 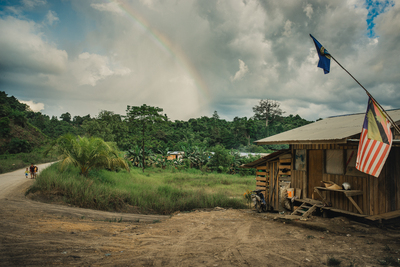 Malaysia is the second largest producer of Palm oil after Indonesia. According to the Malaysian Palm Oil Board, as of December 2012, palm oil plantation accounted for a total land use of 51,000 km2¬†in Malaysia. It makes up 77% of agricultural land or about 15% of total land area in Malaysia. Criticism of the Palm oil industry has focused on deforestation, monoculture farming practices and labour exploitation.

White, Tom Iain, "Along the road from Miri to the interior of Borneo, Malaysia" (2017). EnviroLab Asia Image Gallery. Image 27.
https://scholarship.claremont.edu/envirolabasia_images/27