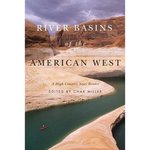 This companion volume to Water in the 21st-Century West examines water issues through the lens of major Western U.S. watersheds. From the pages of High Country News, the voice of Western environmental issues, River Basins of the American West explores why water has been, and remains, the West’s most essential and controversial subject. Editor Char Miller has organized writings into sections defined by the great watersheds of the West—the Colorado River, the Rio Grande, the Columbia River, the Klamath River, and the Missouri River. Arguably, these drainage systems form the real boundaries of the West, and current water conflicts have their roots in development that ignored this reality. Contributors to the book—among them activists, scholars, scientists, and some of the nation’s finest environmental journalists—probe the intense differences and disagreements over water rights across the West, and explore the positive developments toward a lasting solution to the most fraught issue the West faces. Like Water in the 21st-Century West, River Basins of the American West is an essential primer in assessing and mapping the West’s water future.